The Right to Food Philosophy

The 7Mobile Food Murals were created over 4 days by DTES community members during the 3rd annual HomeGround event at Oppenheimer Park in February 2011. HomeGround is organized for homeless and underhoused DTES residents by the DTES Neighbourhood House and Carnegie Community Centre.

Each mural represents one of the 7 Food Solutions of the DTES Kitchen Table Project a Community Led Food Action Plan co-founded by the DTES NH and Potluck Café Society. The goal of the DTES Kitchen Tables Project is to reform the quality of food in the community while creating jobs for our neighbours who face barriers to traditional employment, replacing the unsustainable charity model with meaningful Community Economic Development.

The murals are currently hanging on the exterior fence of SOLEfood Urban Farm  a cherished partner of the DTES Kitchen Tables Project and on 19th May 2011 they were ‘unveiled’ for the community at the same time as the Neighbourhood House launched the DTES Food Charter.

The 7 Food Solutions of the DTES Kitchen Tables Project:

5. Food Distribution = more food at more places with no lineups 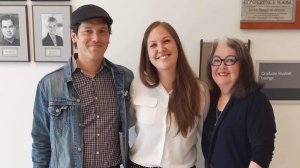 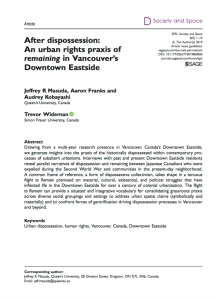